It looks like you're new here. If you want to get involved, click one of these buttons!

How do I get VS CODE to show the suggestions for the code I'm typing? It gives suggestions for only a few. But it doesn't show it for Console. I'm starting code for the first time and having this will help me out a lot. 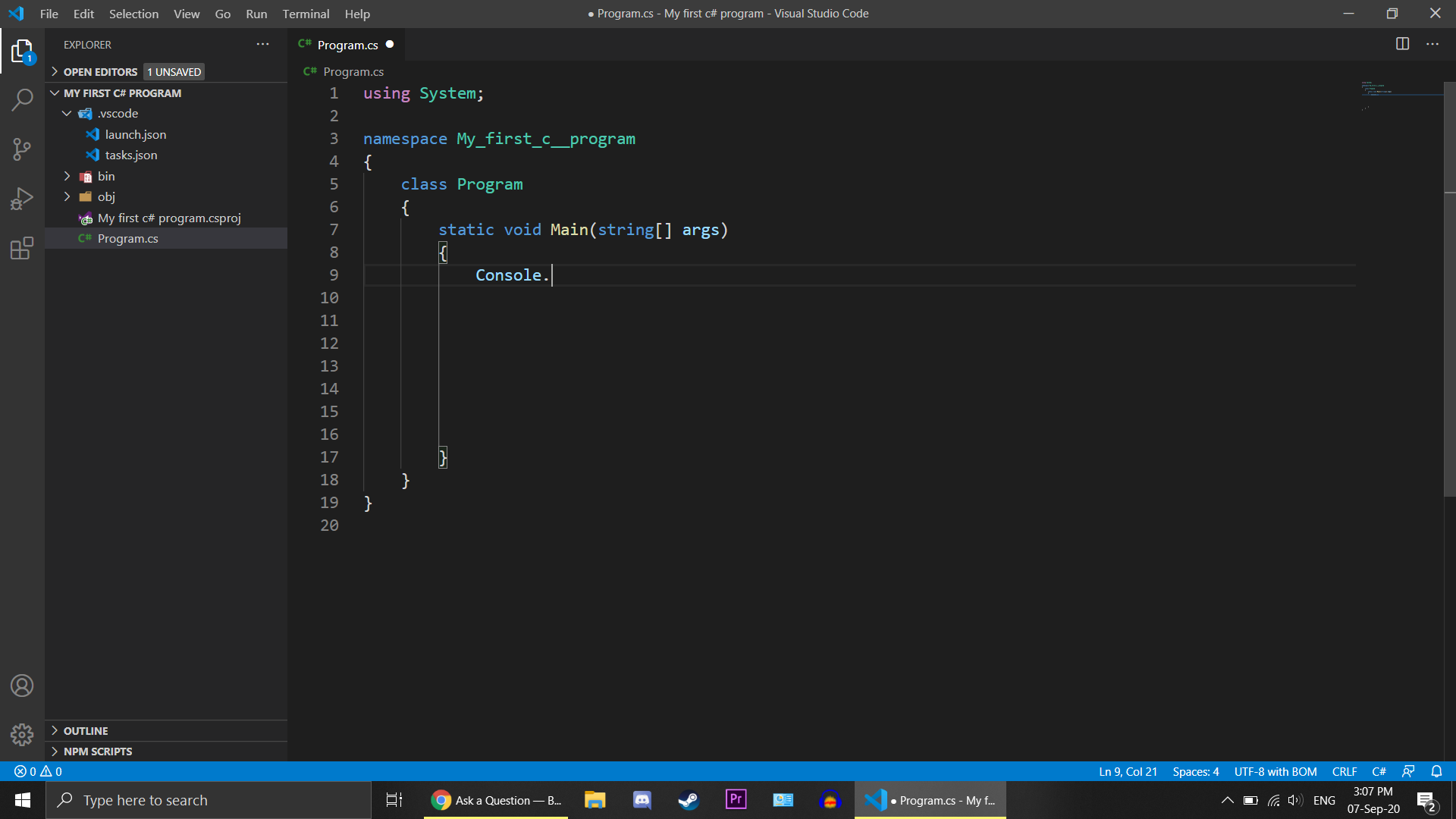 In the above picture it doesnt show any suggestions after i typed Console. , in fact, it doesn't have any suggestions for Console.WriteLine or ReadLine either . But it has some others: 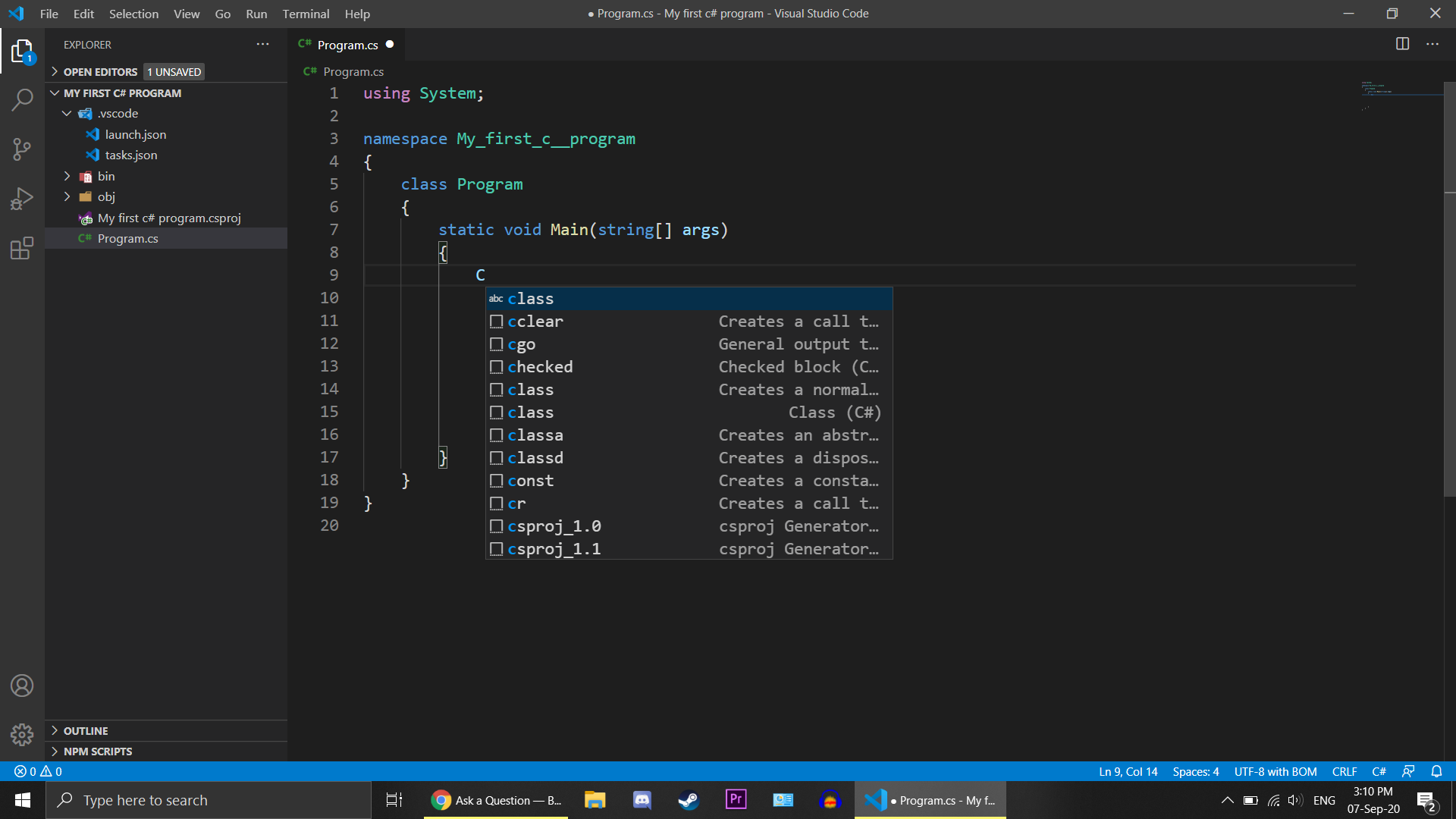 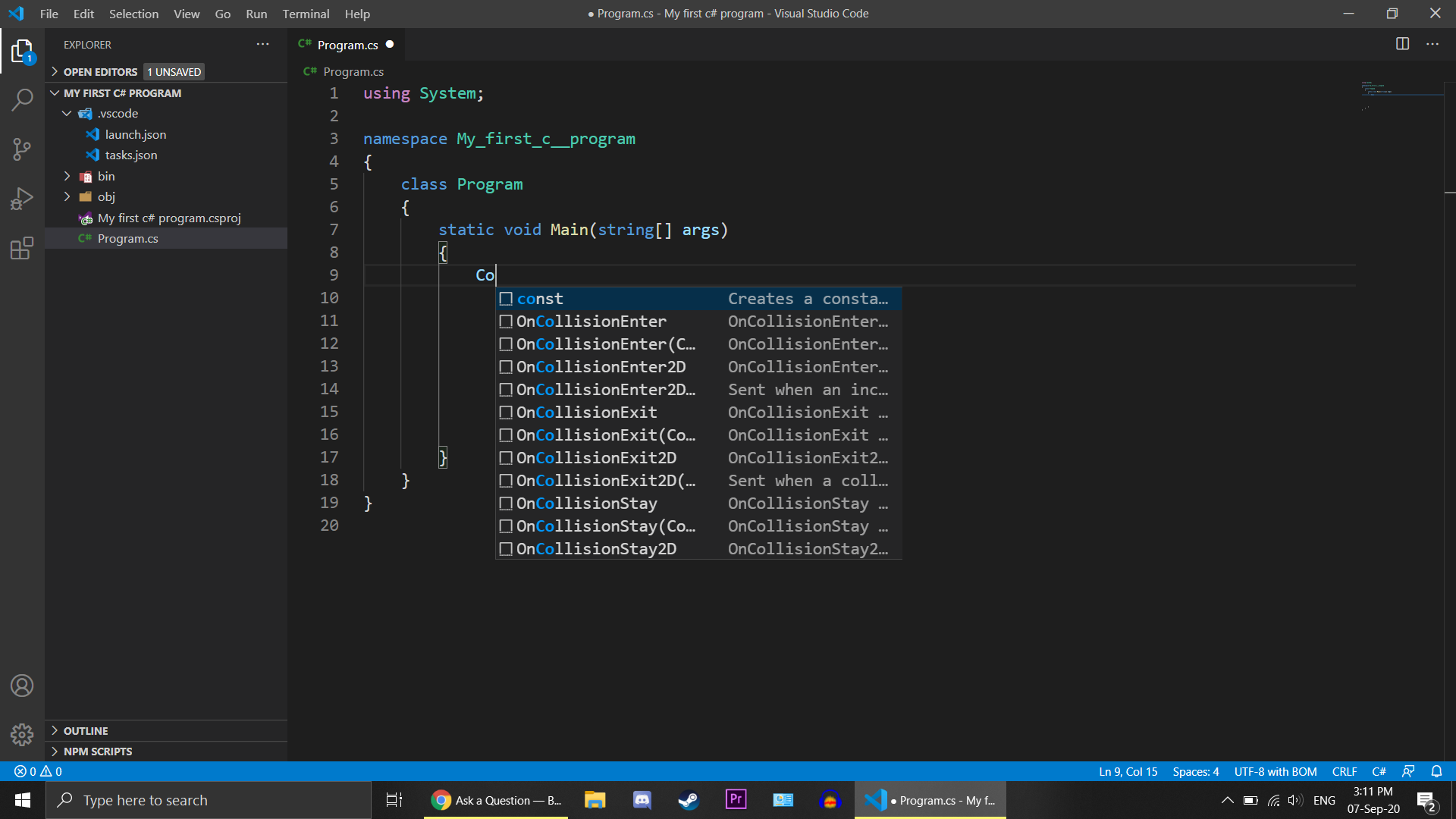 Anybody know how to fix this issue? it will seriously help me out a lot.

Sign In or Register to comment.
SUPPORT US ON
PATREON © Copyright Brackeys 2018 - All Rights Reserved POWERED BY
BRACKEYS